I feel it is my moral duty to put it out there for all to know as we are being lied to.

The risks are real, and the fears are justified.

Myocarditis is not a rare side effect of the Pfizer vaccine but an all-too-common side effect in adolescent boys.

My son is 14 years old with no underlying health issues and had his second Pfizer vaccine last Monday and became ill. He was experiencing severe headaches and on Friday morning he had pain in his chest and an irregular heartbeat. He had an ECG and a chest x-ray that came back clear but the blood test for his troponin levels were not good at all.

Troponin is a protein found in the heart muscle and a normal level is 20, whereas Troy’s level was 2,300. At this stage we don’t know the extent of damage/scarring caused to his heart. For the past four days he has been at the Monash Children’s Hospital being closely monitored, medicated and under strict bed rest. He has had an MRI and echo ultrasound of the heart. We are home now but he is still on medication and strict bed rest. He can not do anything for the next two weeks. No going for walks, no stairs, no PE, no running as physical activity can cause further damage to his heart. He is not allowed to do any sports for three months and during the 3 months gradually and painstakingly slowly build up his level of activity. This is his road to short term recovery but unfortunately as the cardiologist stated himself, they do not know what his means long term for him as the research is not there.

Everyone I spoke to at the hospital the nurses, the doctors, the cardiologist, the guy doing the MRI have all said that they are seeing a growing number of young boys presenting with the same symptoms.

Now my daughter is due for her second vaccine, but I am very apprehensive about this and am not willing to put her at risk knowing this. It does present in girls also but not as common as it is in boys.

This is not a post about not getting vaccinated, my son still stands by his convictions and decision to get vaccinated. The whole time through this ordeal he has been stoic and stayed positive in beating this. The staff at the Monash Children’s Hospital where fantastic as were Rosebud Hospital and the paramedics that took him to the Monash. As much as I am angry about his happening to my boy, we are grateful that we caught it in time. If anyone does get their boys vaccinated, please be vigilant in any symptoms they have and react straight way.

As a mother I am going through all the emotions right now, so please no judgement. We are all trying to protect our children as best we can through these unprecedented times. Was it right, wasn’t it right, I don’t know and it’s too late now, as it’s happened to my beautiful boy. Am I angry, bloody oath I am, especially as we don’t know what this means in the long term for him. It’s the unknown that will eat away at me and the fact that he is missing out on being a carefree young teenager who can’t enjoy the normal things in life like going to school, going to camp, hanging out with his friends, and going for a walk. It’s just so unfair.” 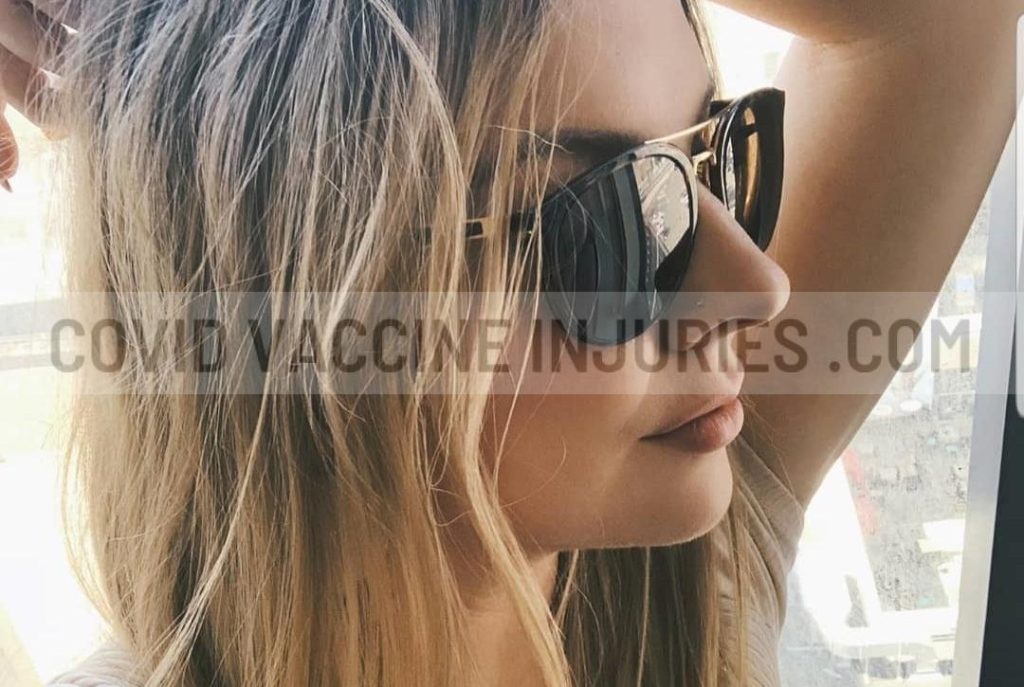 This is Alexa’s story: My name is Alexa Quinter and I received dose 1 of the Pfizer COVID vaccine March 19th, 2021. One week later…