I have sat for a few days contemplating whether to write a post and share my heart publicly or not. I don’t usually air my views to the world as I don’t like drama and conflict. If you don’t want to read this post feel free to scroll on by.

I need to draw the line somewhere and when my kids are affected I will stand up for them and speak.
I feel my sons story needs to have a voice. This is my 19 year old, fit, healthy son in hospital in the cardiac critical care unit.

On Sunday 5th Dec he had his second dose of Pfizer vaccination. Monday morning he woke up feeling unwell. General symptoms of being unwell throughout the week, aches sore neck, lethargy, chills. Wednesday he couldn’t even get out of bed. Pushed through work (as a Carpenter), Thursday and Friday.

Friday evening he started experiencing chest pain that got worse to the point that it was hard to breathe. He went to bed and woke up at 6 am on Saturday, With the chest pain so bad he decided to call the vaccination hotline for advice and they told him to go straight to emergency.

He was admitted straight away and they put him on a heart monitor and tested his blood and took an echocardiogram. He was confirmed to have myocarditis and he ended up being transferred to the critical care unit for two days and in hospital for four.

While in hospital the nursing staff, sonographers and cardiologist all told us this has become an increasingly regular occurrence at the hospital especially after the second jab. They are seeing cases present, particularly in young fit males of my son’s age group, which was rare before these vaccines. The cardiologist said two more cases of his age, had presented in the four days he had been there. This IS happening, these cases ARE real and they are underreported.

So here we are, thankfully out of hospital, but the experts can’t give my son any guarantees on his long term prognosis, as in the cardiologist’s words, “we just don’t have the data, as these are new reactions to new vaccines.”

It’s a wait and see game.

If this was any other medication or vaccine having a reaction so severe your heart becomes inflamed you would immediately be advised to avoid it in the future at all costs. So will he expected to line back up again for another booster?

This situation is ridiculous and infuriating.

The most we came away with was a medical certificate stating adverse reaction to second Pfizer jab and recommended four weeks off work and all physical activity.

This was not easily obtained either, we had to push to get that much. I know there are plenty of cases that haven’t even been acknowledged or reported.

If nothing more comes of this unfortunate set of advents my son has had to endure, other than to make people think twice before they line their children up for a vaccine then I guess it hasn’t been for nothing.

We are thankful to the Lord it wasn’t any worse. 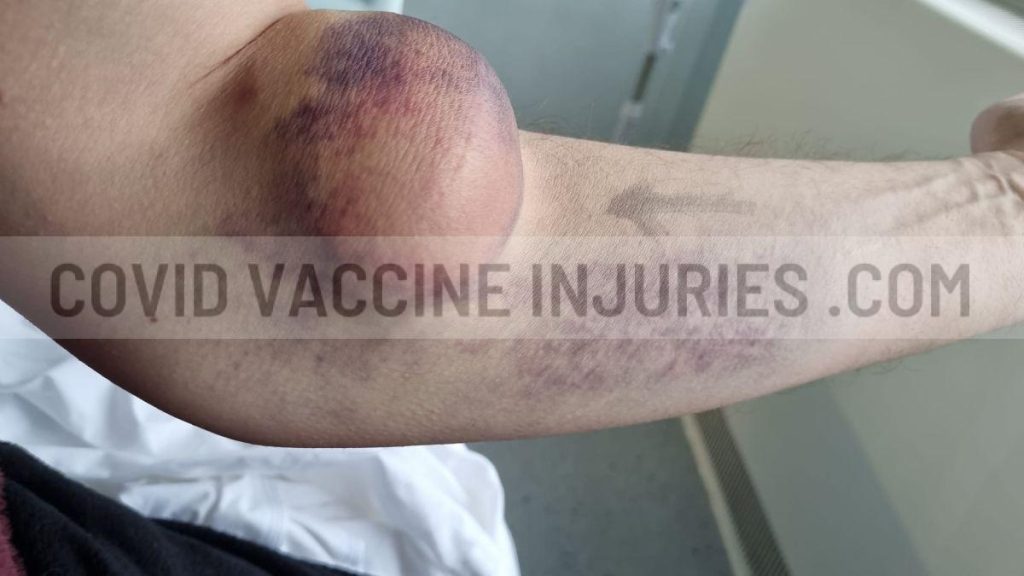